The ATP Molecule and Why It’s Crucial for Life 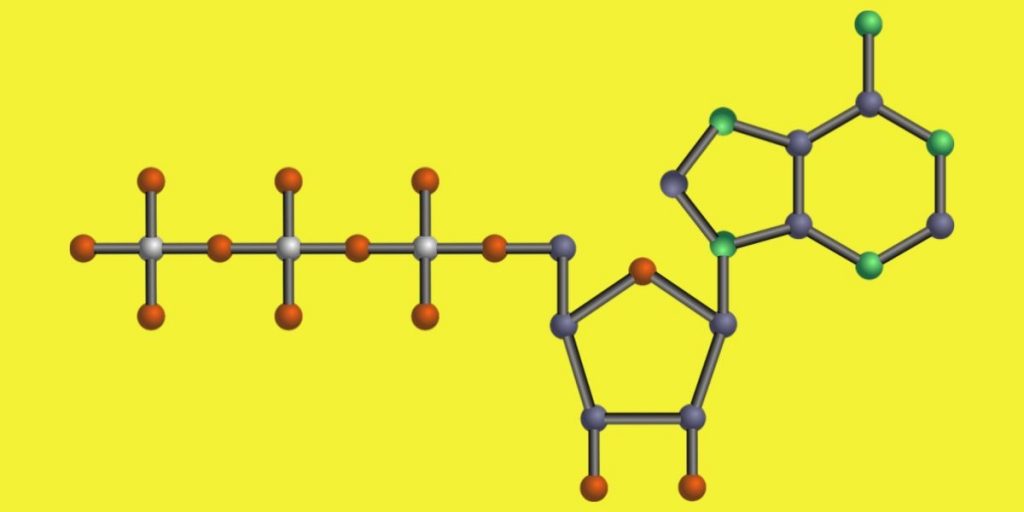 ATP-adenosine triphosphate is an immediate source of energy within cells, but it only releases and stores small amounts of energy at any time. This prevents energy being lost as heat to the surroundings like in combustion, hence a more efficient process.

ATP is a small enough molecule to be soluble and hence have the ability to be transported around a cell but it cannot pass out of the cell so it’s never ‘lost’.

ATP can be easily hydrolysed releasing energy immediately and can reform equally as fast, facilitated by ATP synthase. It oscillates between ADP being phosphorylated and ATP. It can also phosphorylate (add phosphates) other molecules making them more reactive!

So, where is ATP produced? During aerobic respiration in the mitochondria in eukaryotic cells, a complex series of reactions takes place releasing the energy trapped within glucose molecules. This is a tricky part of the A-level Biology course and involves 4 stages-glycolysis, link reaction, Krebs cycle and (wait for it!) oxidative phosphorylation. This relatively speaking produces a large amount of ATP, when compared with anaerobic respiration (when cells are lacking sufficient oxygen to carry out aerobic respiration.)

What is ATP needed for? Many of you will understand active transport and the movement of molecules across a phospholipid bilayer against their concentration gradient-this is crucial in many processes, for example nerve impulses to be transmitted and our ability to respond to stimuli; absorption of glucose and amino acids across the ileum into the blood capillaries.

The energy ATP releases also plays a significant role in muscle contraction for the power stroke of the myosin head, the detaching of the myosin head from the actin and also moving calcium ions back into the sarcoplasmic reticulum by active transport. Without this we would never be able to move!

Some of you will have already studied the kidneys. Well, part of the nephrons (the million functioning units of the kidney) within the loop of Henle is where part of osmoregulation occurs. This helps with the regulation of our blood water potential i.e. the concentration of ions and water present in our blood. Here ATP provides the energy to actively transport sodium and chloride ions out of the ascending limb of the loop of Henle, in a bid to regulate water reabsorption. This ensures our blood doesn’t become too viscous and lead to problems such as high blood pressure.

The above is just a snapshot of a number of the roles of ATP and is by no means exhaustive. Hopepefully you’ve gained some useful background as to why ATP is so crucial in sustaining life!