Coenzymes-what are they and how do they act? 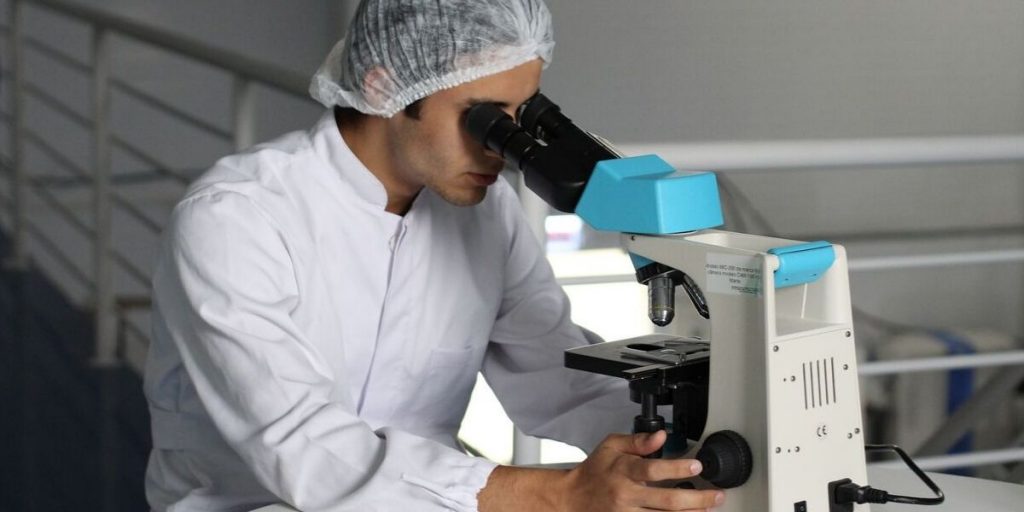 Many of you will know that a coenzyme is a molecule that aids the function of an enzyme. But what exactly are coenzymes and how to they act?

So how do they work? Many coenzymes work by transferring a chemical group such as hydrogen, from one molecule to another.

NAD transfers hydrogen from one molecule to another, therefore it can reduce (provide hydrogen to) or oxidise (remove hydrogen from) another molecule. This takes place during aerobic respiration in glycolysis, the link reaction, krebs cycle and the electron transport chain. For example, in glycolysis-triose phosphate (3C)  is oxidised to pyruvate (3C) and NAD is reduced to form reduced NAD (NADH). At the start of the electron transport chain, the reduced NAD’s release hydrogen atoms which dissociate. This allows electron transport down the chain and eventually driving chemiosmosis (the production of ATP).

This works in a similar way to NAD but is important in the light dependent stage of photosynthesis. Here NADP accepts hydrogen ions (from the photolysis of water) and electrons (excited from the photosystem) forming reduced NADP in the stroma of the chloroplast. This reduced NADP is used in the Calvin cycle to reduce GP (glycerate-3-phosphate) to TP (triose phosphate). NADP is now regenerated to be used once again in the light dependent reaction. 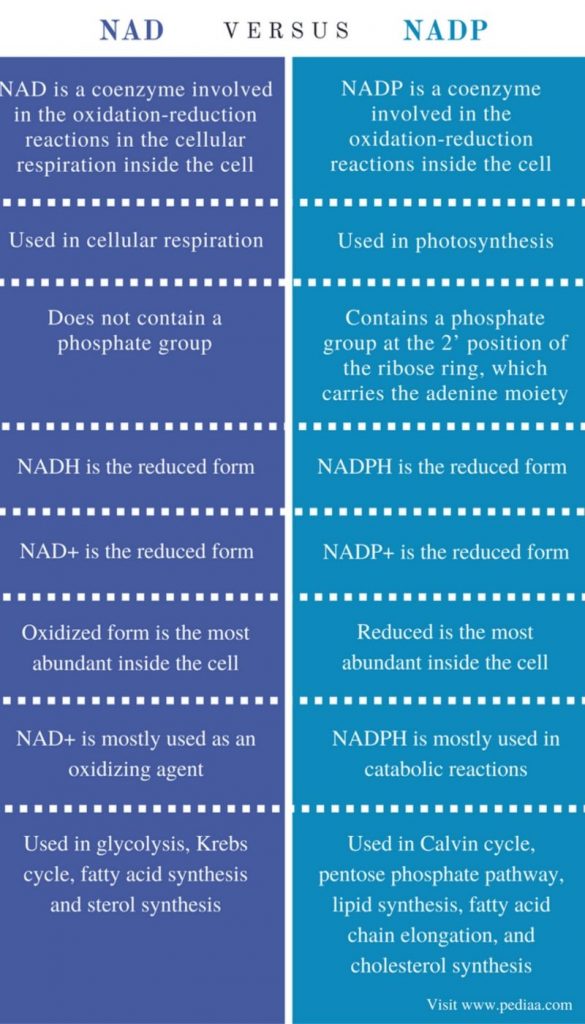